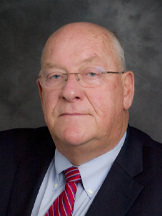 His writings include being a chapter author on evidence for the prototype Fourth Circuit Evidence Handbook and he is now the West Virginia chapter author for The Tort Law Desk Reference, a Fifty‑State Compendium, a Chapter Author for  Law Firm Practice Management  by Defense Research Institute, as well as The Law of Lawyers' Liability: Fifty State Survey of Legal Malpractice for West Virginia. He is also the author of a legal humor book titled Down To The Hard Road and The Modern History of Jackson Kelly.

Steve is a Peer Review Rated AV Preeminent attorney by Martindale‑Hubbell.  He is named in Woodward/White's The Best Lawyers in America® 2003‑2012 and Law & Politics' 2007‑2013 West Virginia Super Lawyers®. He was also named the 2011 and again in 2012 and 2013 Charleston, West Virginia, Legal Malpractice Lawyer of the Year in the 18th edition of The Best Lawyers in America®.